Our origins can be traced back to 1985, when – seven years after the birth in the UK of Louise Brown, the world's first IVF baby – the late MP Enoch Powell sought to pass a law that would have made human embryo research and IVF illegal.

A campaign was mounted in defence of fertility-related research and treatment, and Powell's Bill was defeated. The Progress Campaign for Research into Human Reproduction – PET's precursor organisation – then continued its work, seeking to ensure that embryo research and IVF could continue.

This public education and Parliamentary lobbying work culminated in the passage of the Human Fertilisation and Embryology Act 1990. Building on a framework proposed by Baroness Mary Warnock (who would later become PET's Patron), this law still sets the terms on which work with human embryos is permitted and regulated in the UK, and has been emulated in other countries.

In 1992, recognising that there was still an urgent need for public education, debate and policy work in reproductive and genetic science, three key figures from the Progress Campaign – Professor Marcus Pembrey, Dr Virginia Bolton and Viscount Janric Craigavon – formed the charity Progress Educational Trust (PET), with its vision of improving choices for people affected by infertility and genetic conditions.

To make our vision a reality, we have continued to campaign and to influence policy, and we have played a leading role in relation to subsequent legislation. We have also become well known for our events, for our engagement work and for our flagship publication BioNews.

BioNews has its origins in PET's in-house journal Progress in Reproduction, which was published quarterly between 1997 and 2002. Under the editorship of Juliet Tizzard, BioNews launched in 1999 – first as an experimental email bulletin, and then as an email newsletter and website – and initially appeared alongside Progress in Reproduction, until the latter was subsumed into BioNews.

Twenty years on, BioNews is a remarkable success story. With its news, comment and reviews, BioNews has an impressive global reach: it is read in 44 countries and has more than 18,000 readers. In 2019, it celebrated 1,000 weekly editions.

Key figures in our history 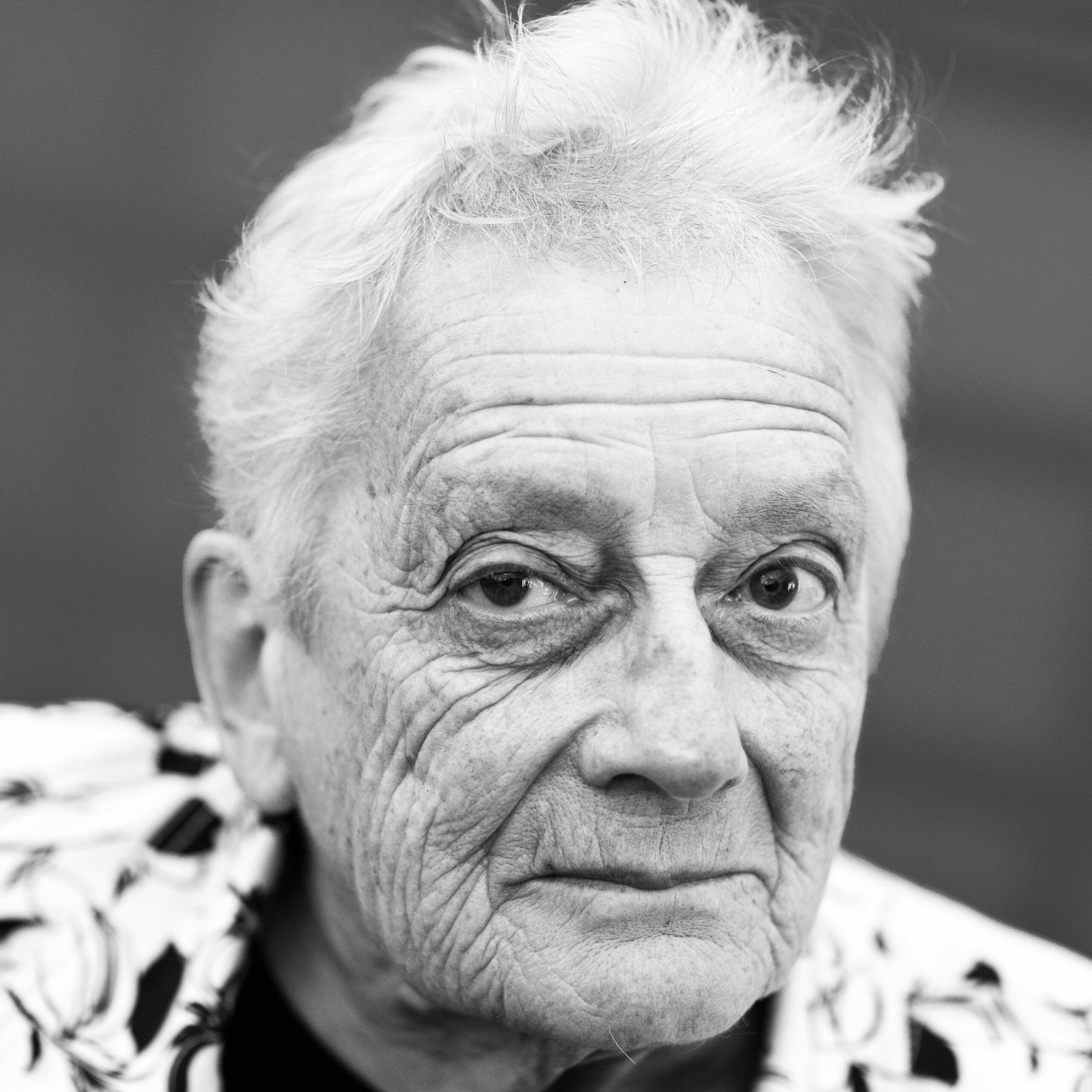 Baroness Mary Warnock (1924-2019) was a Patron of PET, and a Crossbench Peer in the House of Lords. More than three decades after she chaired the Committee of Inquiry into Human Fertilisation and Embryology, the UK still abides by its recommendations. This committee's 1984 report, often referred to simply as the Warnock Report, is perhaps the world's most influential analysis of the ethics of assisted conception and embryo research.

Baroness Warnock also chaired the Committee of Enquiry into the Education of Handicapped Children and Young People, which in 1978 published the influential report Special Educational Needs. The year before her death, she was awarded a Dan David Prize 'for her leading role in the development of practical bioethics, specifically for her progressive and unparalleled contribution to the ethics of embryology and genetics'.

She was author of numerous books, including Making Babies: Is There a Right to Have Children? and Nature and Mortality: Recollections of a Philosopher in Public Life. 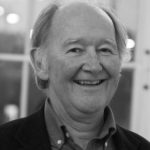 Professor Marcus Pembrey is Patron of PET, is one of PET's co-founders, and was PET's Chair of Trustees for more than 20 years. He is Emeritus Professor of Paediatric Genetics at University College London's Institute of Child Health, Visiting Professor of Paediatric Genetics at the University of Bristol, and a Fellow of the Academy of Medical Sciences. He was previously Consultant Adviser in Genetics to the Chief Medical Officer at the UK government's Department of Health and Social Care, President of the European Society of Human Genetics, Vice Dean of the Institute of Child Health, and a Consultant Clinical Geneticist at Great Ormond Street Hospital for Children.

Marcus co-founded the International Federation of Human Genetic Societies, and his group helped to pioneer the use of DNA testing in genetic counselling and prenatal diagnosis within the services provided to families threatened by serious genetic disease. Alongside his research into rare genetic syndromes showing unusual patterns of inheritance, he helped Professor Jean Golding establish the Avon Longitudinal Study of Parents and Children – also known as 'Children of the 90s' – and subsequently became that project's Director of Genetics. He has written for journals including Nature, Science, Cell and the Lancet, as well as writing textbooks and guides for the general public. The focus of his current research is environmental epigenomics and transgenerational responses, and he writes, speaks and broadcasts widely on this area for both expert and lay audiences. 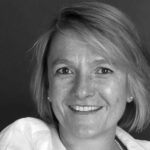 Dr Virginia Bolton was Chair of PET's precursor organisation (the Progress Campaign for Research into Human Reproduction), was a founding Trustee of PET, and was a Consultant Embryologist at the Assisted Conception Unit at Guy's Hospital. She studied zoology at the University of Oxford and acquired a PhD from the University of Cambridge, where her research focused on the molecular biology of mouse embryogenesis. Her subsequent research with Professor Peter Braude established the time at which embryonic genes first become active during early human development. 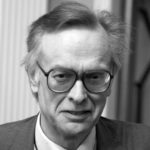 Viscount Janric Craigavon was a founding Trustee of PET. He is a Crossbench Peer in the House of Lords, and he continues to advise PET on Parliamentary procedure on an ad hoc basis. 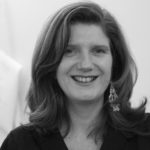 Fiona Fox was Chair of Trustees at PET, and remains an Adviser to the charity. She is the Founder and Chief Executive of the Science Media Centre, a charity which promotes voices and views from the scientific community to the news media. Previously, she worked in media relations for organisations including the Equal Opportunities Commission (now subsumed into the Equality and Human Rights Commission), the National Council for One Parent Families (now subsumed into Gingerbread) and the Catholic Agency for Overseas Development. She has been awarded an OBE 'for services to science', and she has contributed chapters to the books Communicating Biological Sciences: Ethical and Metaphorical Dimensions and Rethinking Human Rights: Critical Approaches to International Politics. 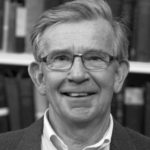 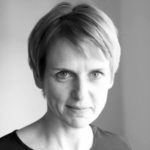 Juliet Tizzard is a former PET director and the founder of its free newsletter BioNews. She is director of policy at the Health Research Authority and was previously head of policy and communications at the Human Fertilisation and Embryology Authority. She has worked in healthcare ethics and policy for more than a decade, and has an MA in Medical Ethics and Law from Kings College London. She has contributed chapters to Key Issues in Bioethics and Designer Babies: Where Should We Draw the Line? 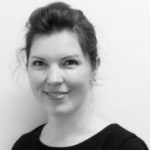 Laura Riley is a former PET director and trustee and is now head of regulatory policy at the HFEA, having previously lead the Ethics Workstream at Genomics England, the company established by the Department of Health and Social Care to implement the 100,000 Genomes Project. She has contributed a chapter to Human Fertilisation and Embryology: Reproducing Regulation (buy this book from Amazon UK), and she is co-author of a chapter in Regulating Autonomy: Sex, Reproduction and Family (buy this book from Amazon UK).

Become a Friend
Tweets by PET_BioNews